What began as a drawing on a napkin by GRO’s CEO quickly evolved into an entire transformation of this property. With a pool and sports court on the horizon (literally!), significant attention was given to the sloped backyard when we built out the extensive retaining wall system.

What began as a drawing on a napkin by GRO’s CEO quickly evolved into an entire transformation of this property. Before working with GRO, the client sought quotes by multiple contractors that either failed to follow through or claimed the project could not be done due to the storm water facility at the bottom of sloped land. These slopes in the backyard, while significant, only meant we had to bring in Geotech and Structural Engineers.

With a pool and sports court on the horizon (literally!), significant attention was given to the steep backyard when we built out the extensive retaining wall system. A 13’ retaining wall along the south property wraps around the sides of the property and progresses up the slope supporting the entire backyard renovation including the pool. As the walls and footings progress up the slope with a profile resembling a staircase, these side yards were transformed into functional spaces to support stairs on the west side and a gradually descending path on the east side overall providing full accessibility between all exterior areas of the home. 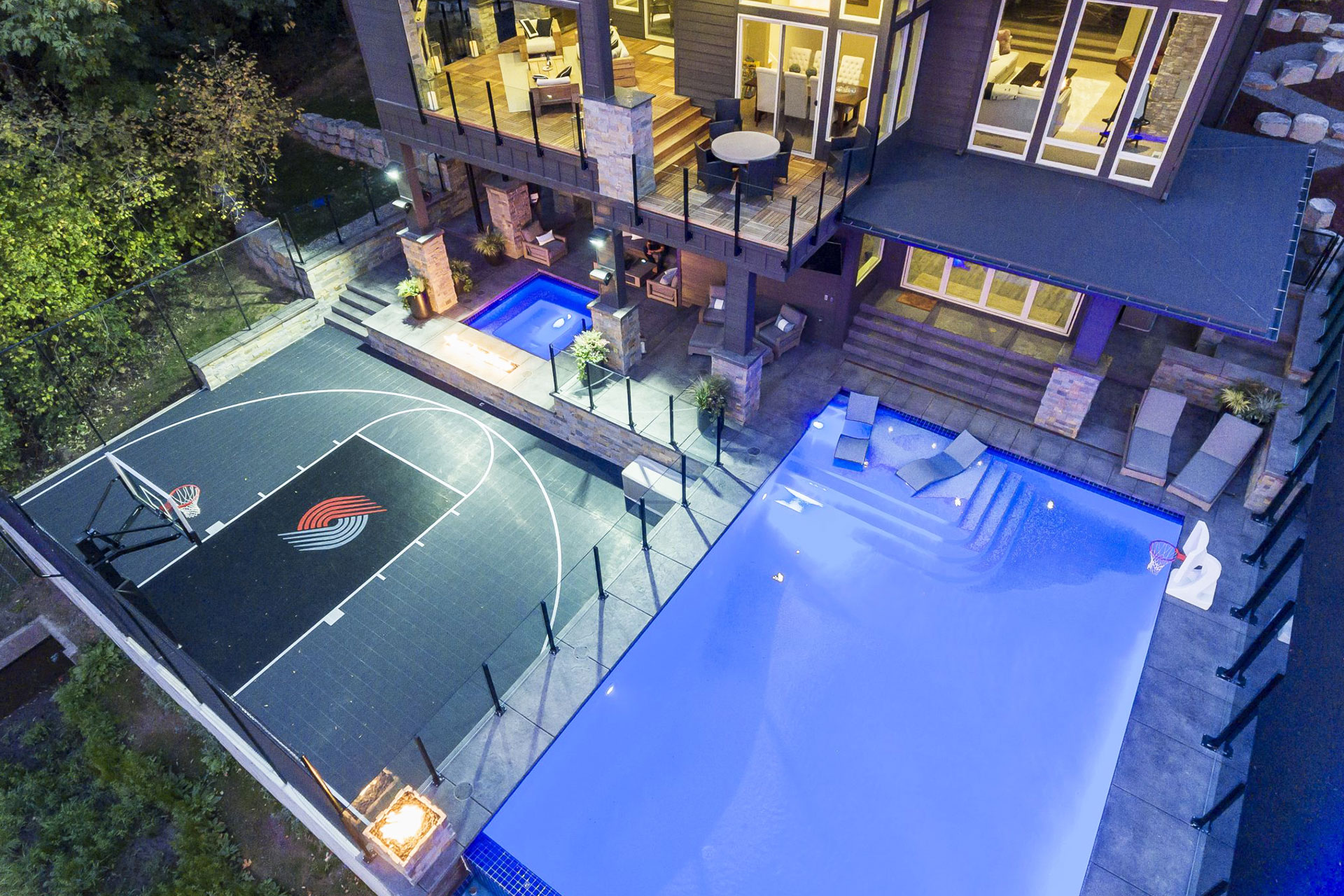 All the outdoor living areas in the backyard were designed in a series of levels to ultimately meet the elevation of the exterior doors in the southeast corner of the home. Renovations on the house presented another challenge to our team because the existing structure of the home did not support the necessary changes we had to make. The original posts that held up the upper decks were completely modified to provide the necessary reinforcement to support the decks.

Situating the pool equipment became another challenge that lead to the excavation of the existing crawl space to enlarge it creating space for the equipment, a bathroom, and locker room. Extending out from these decks is a covered structure that wraps around the southeast corner of the home providing cover over the new bifold doors. A final element added to the design are the square fire features at the corners of the pool framing the view of the Columbia River Gorge. 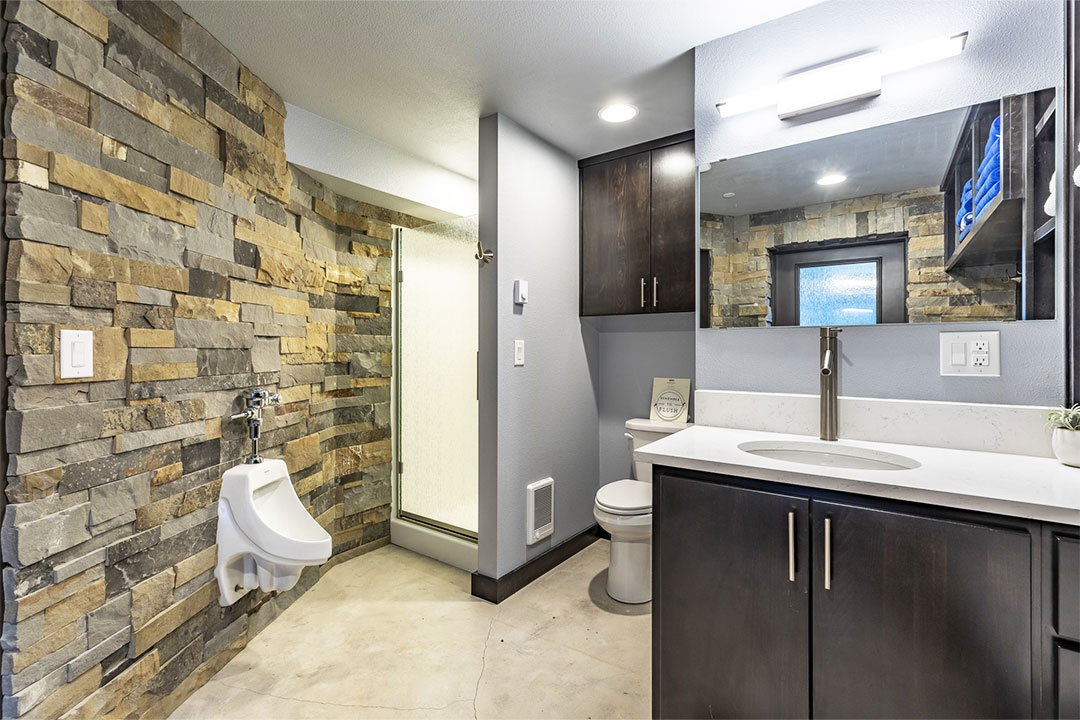 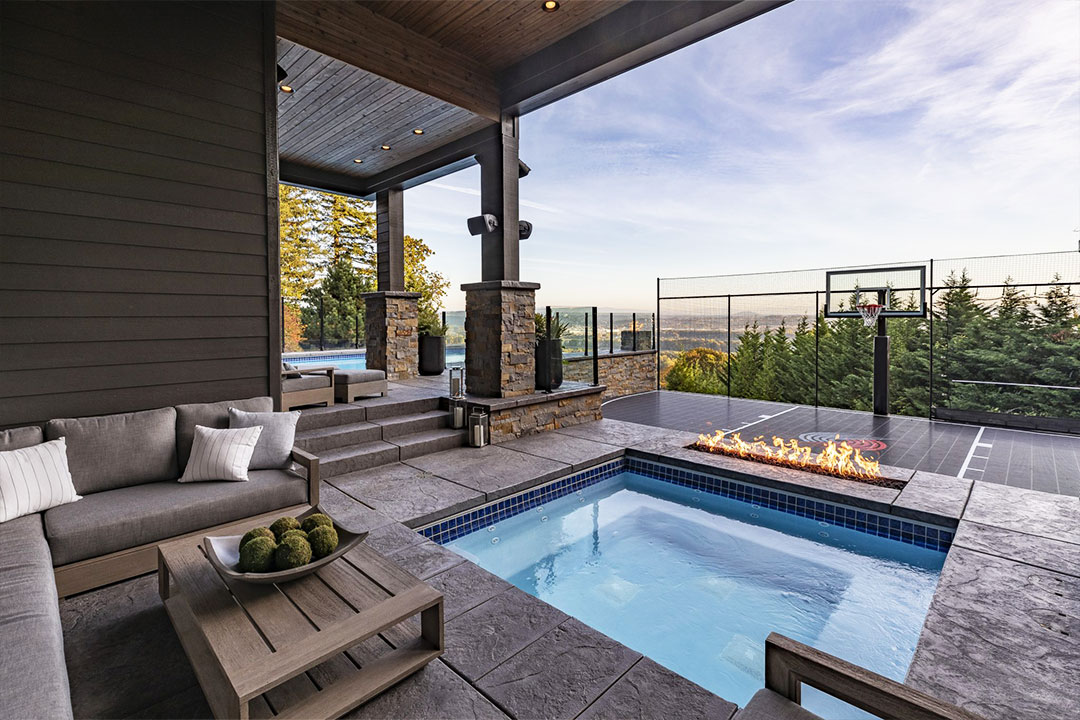 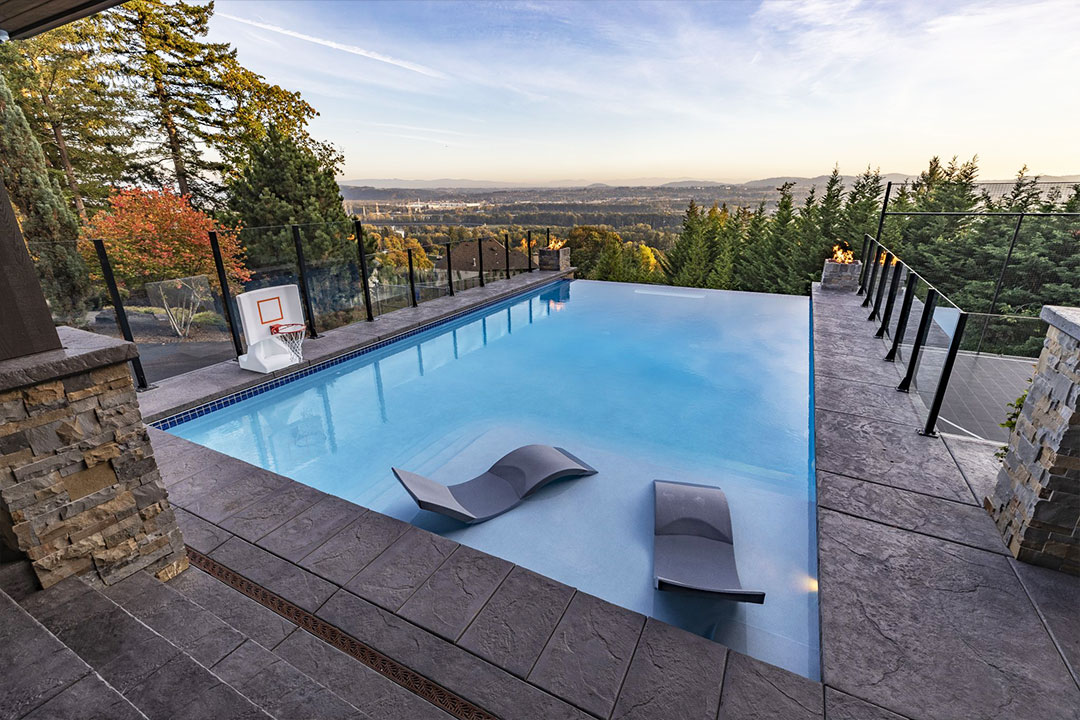 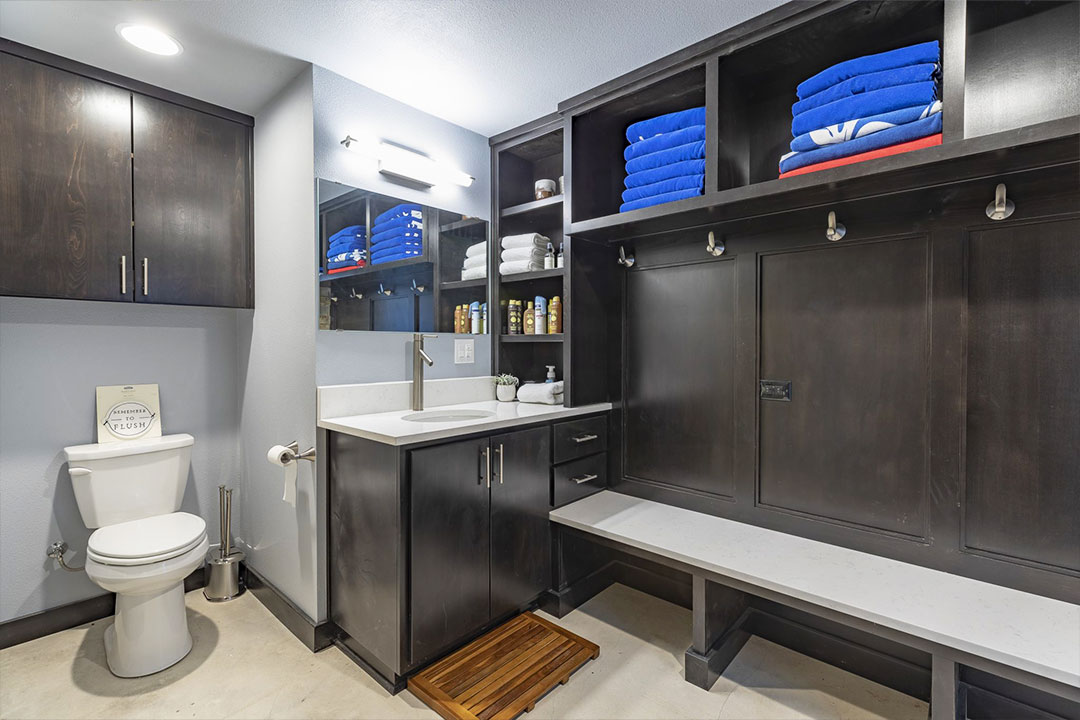 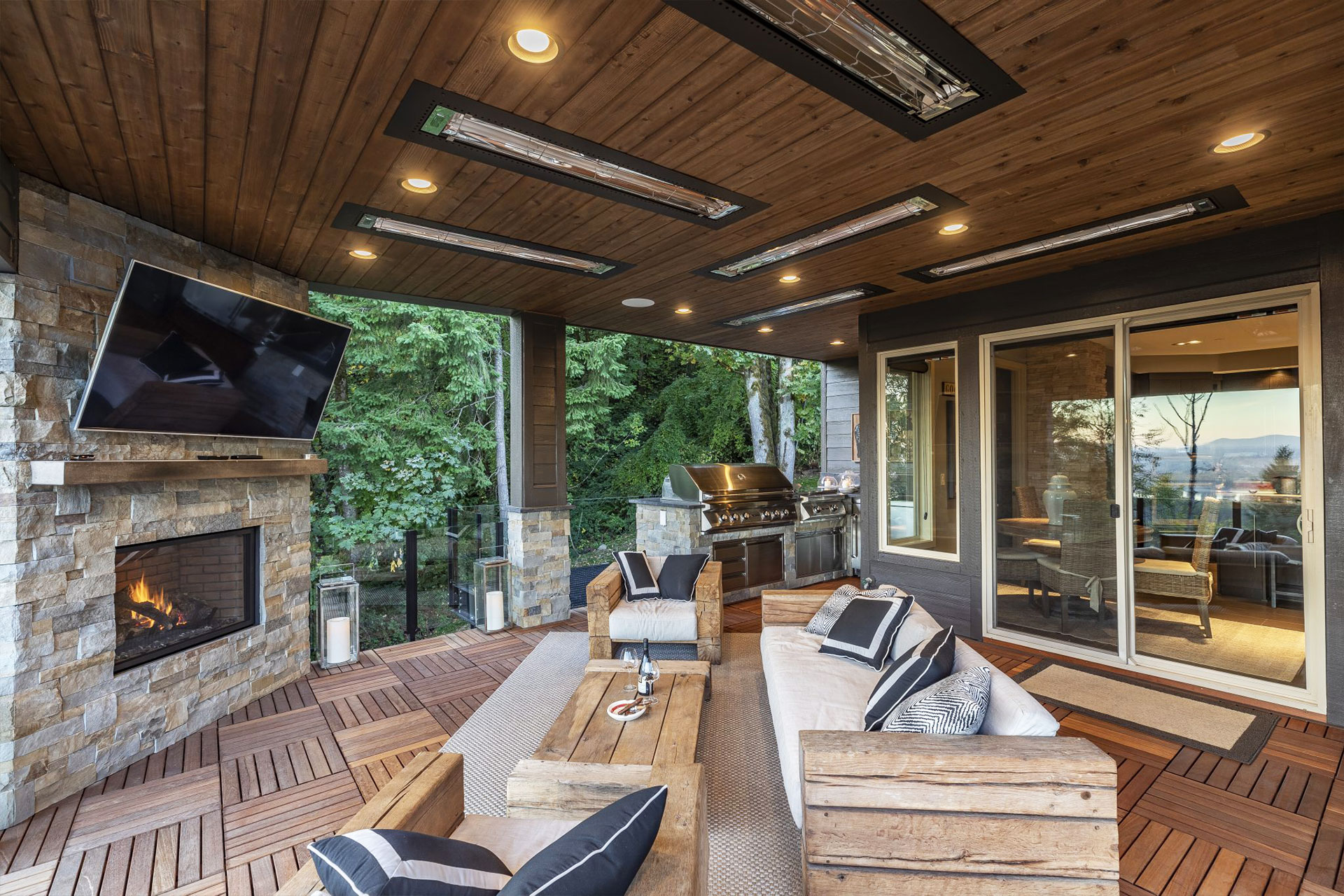 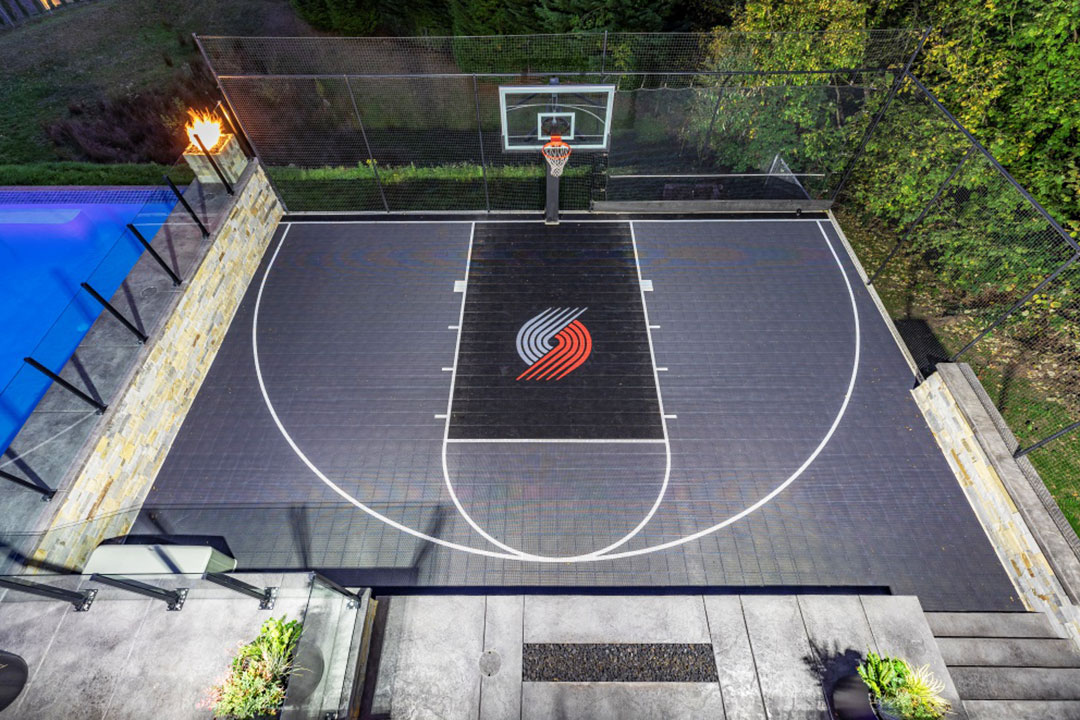 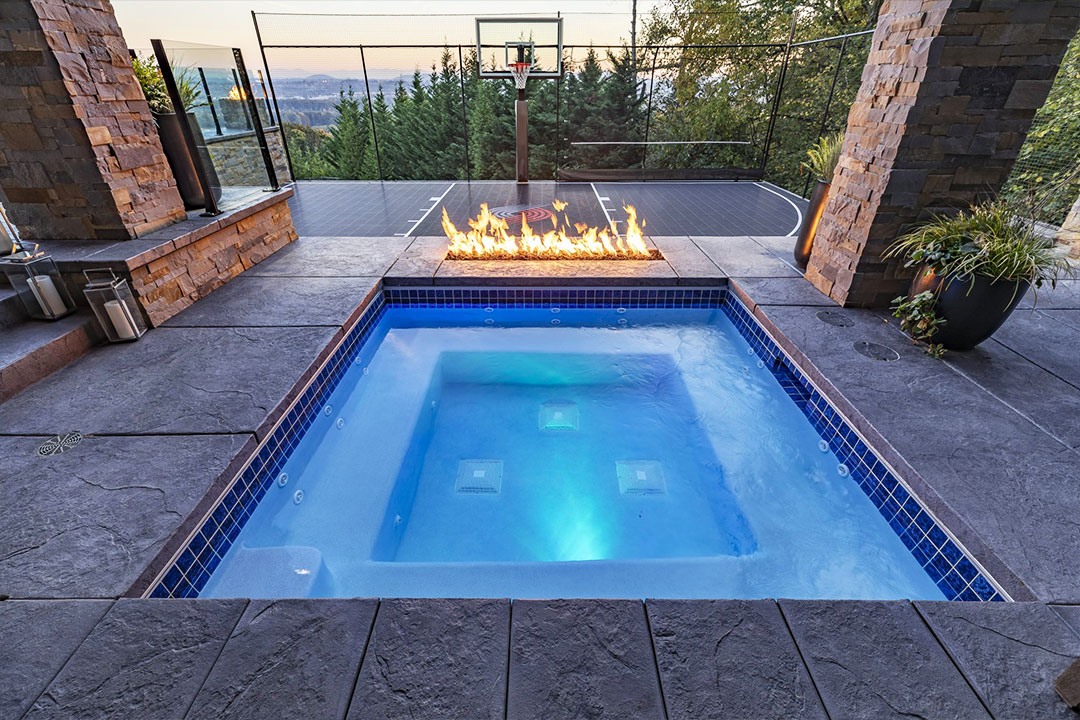